Cousins and strangers : America, Britain, and Europe in a new century 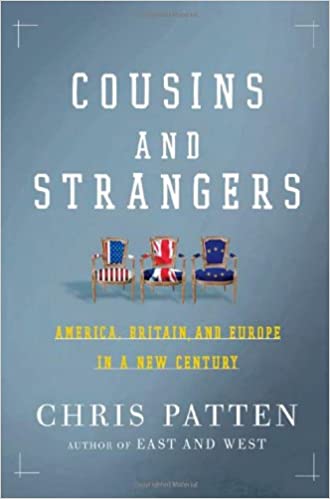 In this book, Chris Patten draws on his extensive political and diplomatic experience, including his 5-year stint as European Commissioner for External Relations, to examine the relationships between the United States, the United Kingdom and the European Union. The traditional 'Western alliance' was a staple element of the post-World War II global political order, but a combination of political and economic factors - not least the collapse of communism and the reunification of Europe and the impact of globalisation in a world that is becoming more multi-polar - has changed the underlying dynamic of this relationship in recent years.

While it is often argued that the US's primary geo-strategic interests now lie in Asia, Patten makes a forceful case (enlivened with many interesting anecdotes from his years representing the EU around the world) for a renewed collaborative leadership from the US and Europe in order to manage new global challenges in the economic, environmental, governance and security spheres and to promote democracy and the rule of law. This will require the EU to play a more vigorous role in the world, not only in matters such as trade but also in terms of security issues. The United Kingdom, which prides itself on its special relationship with the US, but where EU membership has over the years proven a more contentious issue, should, in his view, aim to play a central role in promoting such an endeavour. 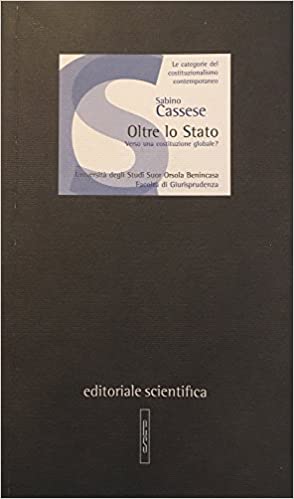 Europe : a heritage, a challenge, a promise 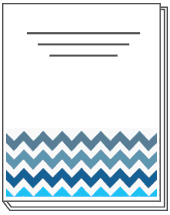 According to Berting, Europe is characterised by a variety of national and regional cultures on the one hand and a common cultural heritage on the other. This specific mix of the national and international heritage constitutes the foundation for the creation of the European Union.

Europe is also an important advocate of the ideology of modernisation. According to the author, this urge to modernise could represent a major threat for Europe's common heritage and future. Major challenges will have to be tackled in order to strike the right balance between preserving Europe's own specificity and its pursuit of modernisation.

The book is a useful source of material aimed at attaining a better understanding of these challenges. It touches on a variety of topics such as the rise of Islam, political liberalism, the contradictions between individual freedom and system-rationality.
The last chapter provides an overview of the choices that Europe will have to make.

This book is to be recommended for readers interested in the future of Europe.

The making of the European Union : foundations, institutions and future trends 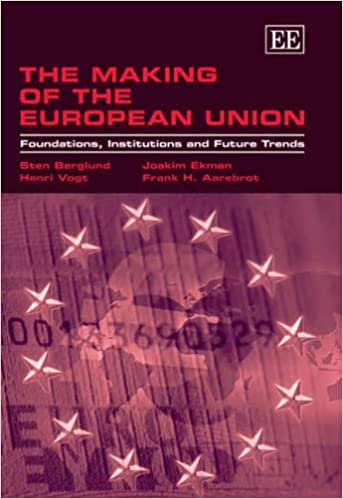 The French rejection of the EU constitution in a referendum in May 2005 was swiftly followed by a 'No' vote in the Netherlands, leaving the EU in the middle of a crisis. The book focuses on citizens’ attitudes towards the integration process on the European continent over time. Changes in public opinion are scrutinised on a national level. Countries are divided into groups according to common denominators. A comparative perspective highlights the variety of national interests and the multidimensional nature of public opinion.

The book starts by reviewing the foundations of European social, economical and political integration and then covers a range of themes at the heart of integration: deeper economic and political cooperation, further enlargement following the accession of ten new Member States in 2004, and public trust in the EU institutions. Views on globalisation and euroscepticism are also expressed.

The authors conclude by developing various scenarios for the future of the EU. The analysis of long-term prospects highlights contemporary trends as well as more profound feelings and perceptions of Europeans in EU Member States and beyond. These visions, shaped by national interests and common European goals, have been driving forces of European unity in the past and will continue to influence this unique integration process in the future.