The European rescue of the nation-state 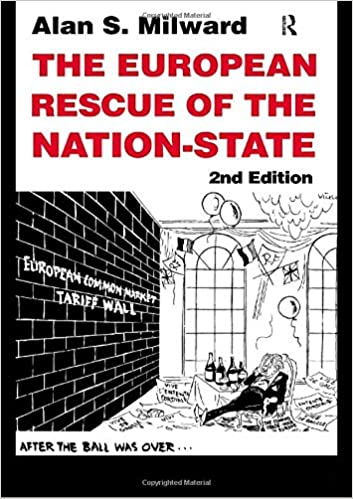 Milward provides a detailed historical analysis of the origins of European integration, using statistical and verbal records of national economic policy. He counters Eurosceptic conceptions that the European Economic Community was 'the beginning of the end' of the nation state. Milward argues, in the manner of neo-realists, that European economic and political integration happened because it was in the interest of nation states, which, according to Milward, were for the first time truly integrating farmers, workers and the lower middle class. European integration offered something to everyone and thus helped governments to gain re-election.

One of the national case studies in this book concerns coal mining and its decline in Belgium and the way Europe offered alternatives and lightened the social consequences of mine closures.

In another case study Milward analyses his own country's relationship with Western Europe, mainly in the 1950s.

Contrary to federalist/ functionalist theoreticians of EU integration, Milward pays comparatively little attention to the idealism of what he calls the 'European saints' (Monnet, Schuman, Spaak, among others), to whom he devotes merely one short chapter. He also downplays geopolitical considerations as a motivation for the creation of what is now the EU.