Europe : the Europe we need 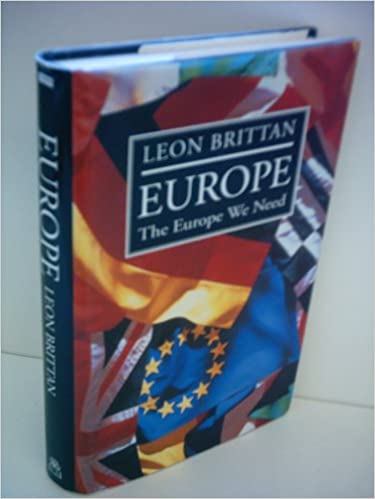 Published as the European Commission headed by Jacques Delors entered its final year, this book was widely seen as Brittan setting out his “manifesto” in a bid to be appointed as the next Commission President. The book was published during a difficult period in Europe: ratification of the 1992 Maastricht Treaty ran into difficulties in several Member States, then the exchange rate mechanism (ERM), set to form the basis of economic and monetary union under Maastricht was stretched to breaking point.

One positive event, however, had been the conclusion of the 12-year long Uruguay Round of world trade talks, in the closing stages of which Brittan had been the chief negotiator for the European Community. Brittan was eventually reappointed as Trade Commissioner, under President Jacques Santer.

In this book, Brittan set out his response to the major issues facing the European Union. In particular, he examines how economic and monetary union could be brought back on track after the ERM’s troubles. He also outlines ideas for developing the new common foreign and security policy of the Maastricht Treaty, noting the need to recover from the EU’s failings in the former-Yugoslav conflicts. He considers ways in which central and eastern European countries could be brought closer to gaining membership of the EU. More generally, he puts forward plans for the improvement of Europe’s economic competitiveness, not least through harnessing the opportunities created by the newly established World Trade Organisation.