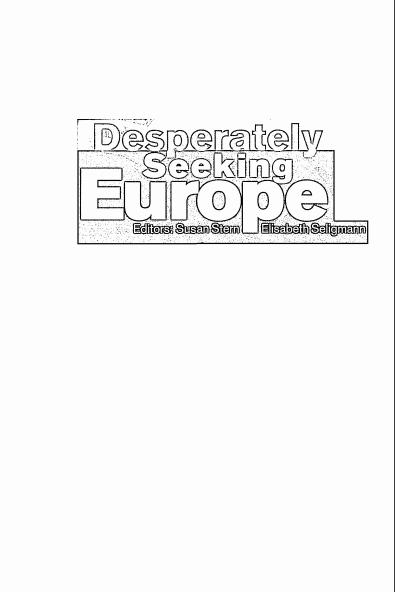 The book is a collection of 37 essays about Europe as a continent and the European Union. It was commissioned by the Alfred Herrhausen Society for International Dialogue in the context of their 'Europe' theme of the year for 2003. The authors are politicians, economists, and writers of international standing.

In 2002-2003, the ongoing debate concerning the enlargement of the EU on the one hand and the need for consolidation and reinforcement of the integration process on the other was at its peak. Europe was at a turning point in its history and fundamental questions were being raised about issues such as Europe's identity, its common culture and history, its role in the world, and its future. The book questions assumptions about Europe's geographical and political aspects, through a number of articles wherein the authors highlight aspects of the fundamental issues facing Europe at that time. The variety of their views on the challenges of 2003 make this book a thought-provoking read.