A grand illusion : an essay on Europe 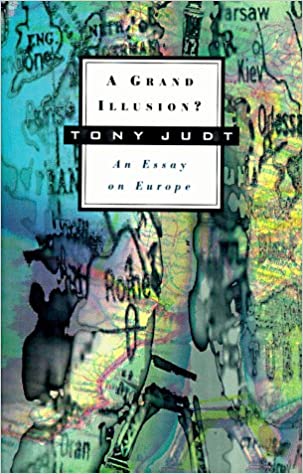 This essay brings together a series of lectures given by Judt, a distinguished British historian, at the John Hopkins Center in Bologna in 1995. The book looks to the past and the beginnings of the European community, but is not so much a history as an attempt to answer key questions of the day regarding the European project and its prospects for the future. Judt denied being a eurosceptic and in fact described himself as 'enthusiastically European', although he did admit to being a 'europessimist'. He sets out his misgivings about the chances of genuine cohesion between the Member States. While he believed a 'truly united Europe' a desirable aspiration, he maintained it was not achievable in practice and that the promise of an ever-closer union between European countries was an unrealistic undertaking. The book examines nationalism and discusses the place of the nation-state. Following Judt's death in 2010 from a motor neurone disorder at the age of 62, commentators noted, and continue to point out, that his insightful and perceptive observations on Europe remain as true and relevant as when he wrote them.